Mmm… kay. I have issues. Namely dresser issues. And, if it’s mid-century and in distress… then, I’m toast.

I can’t help myself. I KNOW I’m running out of room to put dressers in my home. But, I continue to enter second-hand stores, and I continue to rescue these poor, forgotten wardrobes.

And, here’s another. (An American of Martinsville piece… any furniture nerds out there, know a little about this guy)?

He was so rough, but pretty. Every single drawer slide was a crumpled hunk of scrap metal. Nothing was gliding or sliding. The drawers were in a heap, and some of the hardware was falling off. But, I had a feeling — even though this guy didn’t “show” very well, I could bring him back to life. So I took a chance. Paid my $60, and took him home.

Ouch. See what I mean? All of the slides were broken, with these gouged up shards of metal, from all the abuse. Poor dresser.

Not to mention all the slides and hardware looked like they had a previous repair attempt, with a bunch of hardened goop. No screws… just goop.

The goop was everywhere. But, when I removed all of the broken drawer slides, I was sure that was the biggest issue. So, if I could find the right replacements, I’d be golden.

And I did, for a little under $30, I found 6 new wooden slide rails, and 6 new plastic drawer hangers.

The only trick was the new hangers, were a little wider than what was previously there. So, a little customization was in order. Dremel to the rescue! In a few minutes, I had all 6 drawers ready to go.

And I was ready to trash the old, rusty, bent-up, metal scraps!

The new drawer slides just needed a little trim, and I was able to use the old metal ones as my template. Easy peasy.

Some pre-drilled screw holes prevented the wood from splitting before screwing them into place on the dresser frame.

Ahhh! Look at that! Already so much better. Sturdy, clean, and no deadly, pokey metal pieces, to hurt myself on… win-win.

A couple new screws fixed up my droopy hardware situation too… And, there it is! What a handsome devil. See? It just needed a little love, and an appreciative eye.

I mean, get outta town… look at that hardware?!

Oh… except for when I look at the horrible room this new handsome boy is living in. It’s supposed to be a future nursery… but it’s currently a storage room.

How many extra lamps does one family need anyway!!? Well, let’s count ’em…

Oh, we’re not done… that was just the left side… let’s just peer over to the right side of the room… 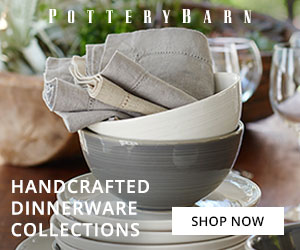